IMPORTANT :
COVID-19 prevention measures
Tourist facilities have been taking a safety measure to prevent the spread of the COVID-19 infection. Visitors are required to follow the rule for entry. 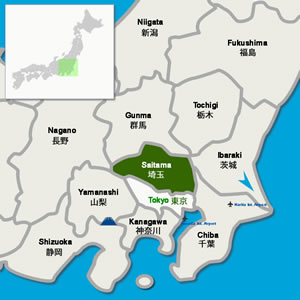 With a history over 230 years, this traditional festival takes place on July 12th and 18th every year. Floats of giant dolls that figure historical heroes and mythological characters parade on streets in the day time and the floats are redecorated with 500 paper lanterns in the evening that people spin around and hit them with each other in excitement while parading..

Getting there from Tokyo by train

From Ueno Station on JR Line
Take a train on the JR Utsunomiya-sen Line and get off at JR Kuki Station. JR久喜駅(50-min ride)