How to find an address in Tokyo 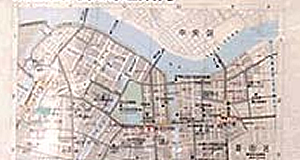 At first glance of a map of Tokyo, you will instantly find the layout of the city and the streets in Tokyo quite complicated. Besides this complexity, the majority of the streets have no names except for the large main streets.

The streets of Tokyo do not follow the Roman inspired, straight lines and 90 degree street grid of the majority of cities in North America and some cities in Europe, like Paris. 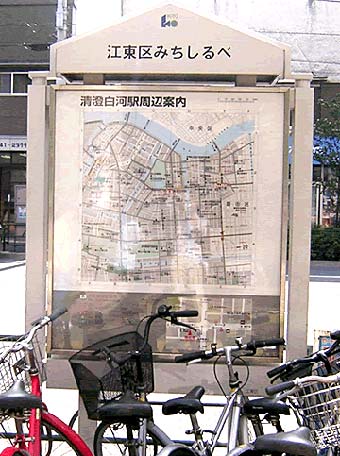 So, it helps to check in which direction to go before you start walking toward your designation.

In this map and other maps found in Japan, you will see:

Here is another tip, sometimes street addresses are shown on telephone poles on the streets. It also helps and gives orientation to direct you in the right direction. In general, all addresses in all regions of Japan are shown in the same style of writing as they are shown here in Tokyo.

How to read and understand a street address in Tokyo

Tokyo still has a very old and chaotic street-numbering system in some parts of the city. Generations ago, the first building in a neighborhood was numbered 1. The second, now perhaps blocks away, was numbered 2. and so on, that means it still building 8 can be next door to building number 137. The best way to find the destination should be to use GPS or an online map.

We will use the address of the JNTO Tourist Information Center(TIC) in Tokyo as an example:

The TIC is in the city of Tokyo Prefecture, in the ku(ward) of Chiyoda City; in the district of Marunouchi; at the No. 3 chome (City block number), in area 3 (block code) and the number of the building is 1. 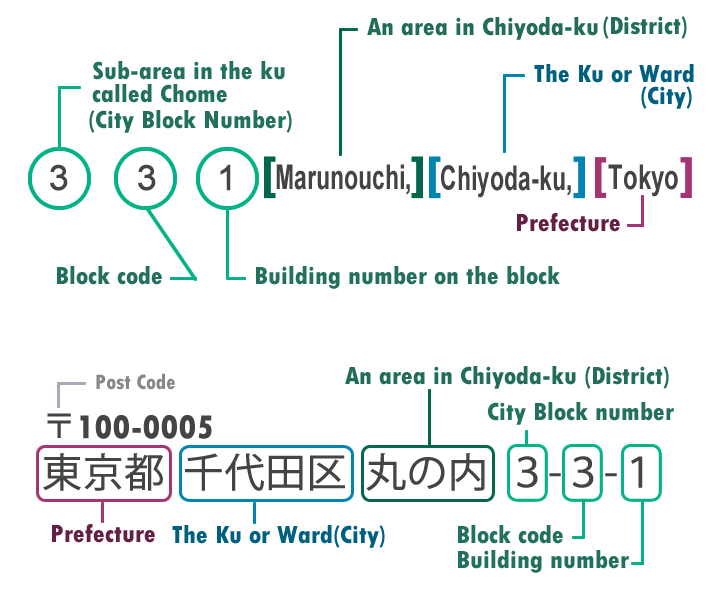